Whether you are going to Toledo to drive past the home of the Jeep Wrangler, to take a picture of the original Willy’s Mansion or to buzz through the downtown on a convention, there are some definite places you must visit. 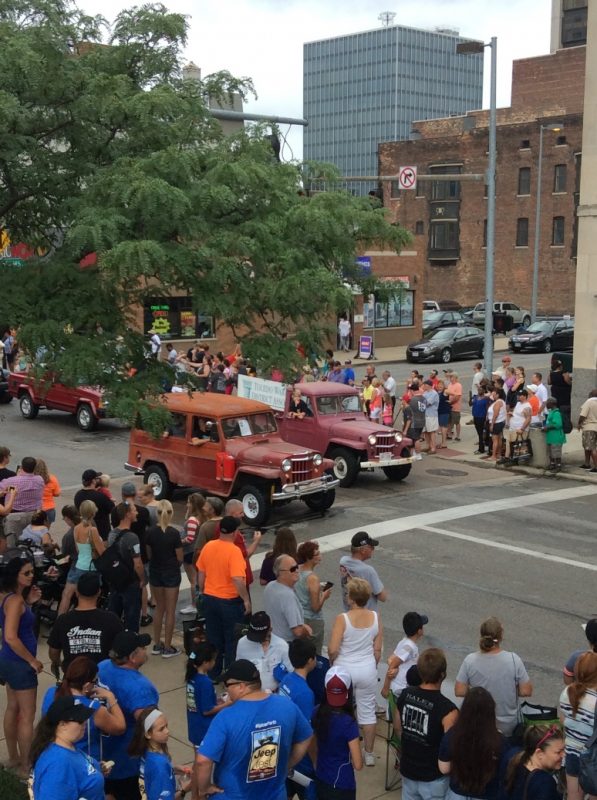 In celebration of 75 years of Jeep® heritage, Brittany and I headed to Toledo, Ohio, for the first ever Toledo Jeep Fest, Aug. 13. For many families, generations and Jeep enthusiasts, Toledo is the birthplace of the Willys-Overland. Currently, the Jeep Wrangler and the Jeep Cherokee are made in Toledo.

After a mighty thunderstorm, and breezy jaunt from the Windy City, Brittany and I started our trek in Toledo’s downtown area. We checked into the Park Hotel, which is the perfect location for all happenings in the downtown area. The hotel is connected to the SeaGate Convention Centre, has a wonderful parking garage, complimentary WiFi and amazing views of the Maumee River. The hotel is even pet friendly, so you can bring your four-legged friends along for the adventure.

Arriving just in time for the Toledo Jeep Fest Parade, Brittany and I ran downstairs to check out all of the cool Jeep vehicles that lined the streets of downtown. Just before the parade began there was a cloud burst of rain. As I passed by, a happy Jeeper smiled and said, “We’ve been blessed by the Holy Waters!”

The parade continued for over an hour with more than 1,100 Jeep vehicles in attendance. Brittany and I had the opportunity to chat with historian Ron Szymanski (below right) and retired plant manager and event organizer Jerry Huber, see some old friends and meet some fellow Jeepers.

After filling up all of our memory cards and talking with community members about the pride and excitement that the town of Toledo has for the Jeep brand, we stopped for dinner at the original Tony Packo’s on Front Street. Tony Packo’s has been serving Hungarian style food since the early 1930s. They are known for their famous Hungarian hot dogs, being mentioned on episodes of M.A.S.H. and serving as a real staple to Toledo. 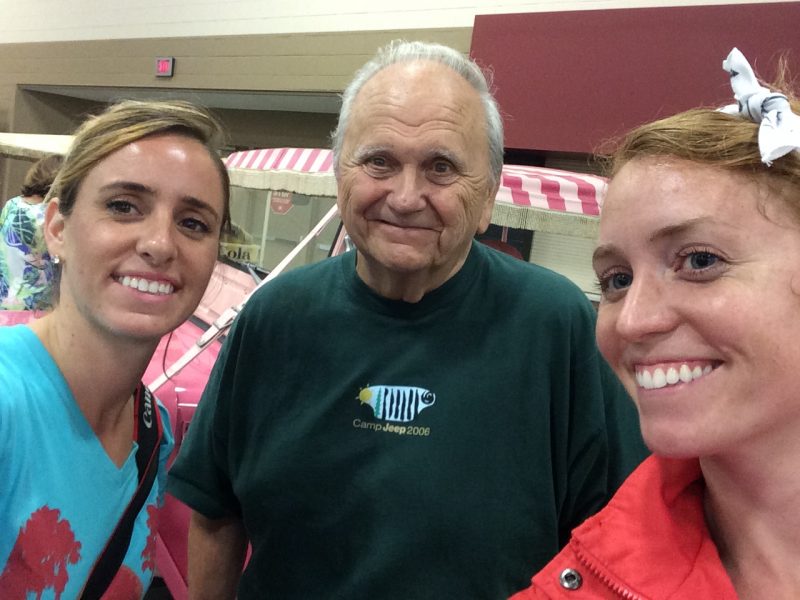 The next day, we woke up early to catch the sunrise on the Maumee River. Luckily, we didn’t have to go very far because we had such a great view in our corner room at the Park Hotel. After stopping for coffee, we headed to the Toledo Museum of Art and the Museum’s Glass Pavilion. The museum is wonderful! There is so much to see; they have a great collection, including the works of Monet, van Gogh, Degas and Picasso. Admission to the museum is complimentary, so you can visit as often as you’d like.

After taking a quick break for lunch, we headed to The Toledo Zoo & Aquarium. The Toledo Zoo is magnificent! The WPA-era architecture really adds to the atmosphere at the zoo. Buildings that were constructed in the early 1930s, such as the reptile house and the amphitheater, are still being used for the same purpose. We had the opportunity to see a lot of animals that we have never seen before, such as the Francois’ langur, gray wolf and sloth bear. We even caught a glimpse of the baby orangutan.

Before blowing back to the Windy City, we stopped at Josephine’s Kitchen for soul food. Named after their mother Joesphine, sisters Jean and Rhonda opened their restaurant inspired by their father’s cooking. They offer everything from catfish, shrimp, meat loaf and roast turkey, to banana pudding, peach cobbler and delicious sides, such as mac & cheese, mashed potatoes, yams, collard greens and dressing. We cannot wait to go back to Toledo. Until next time, enjoy each moment and remember to eat dessert first!

We’ll see you there!