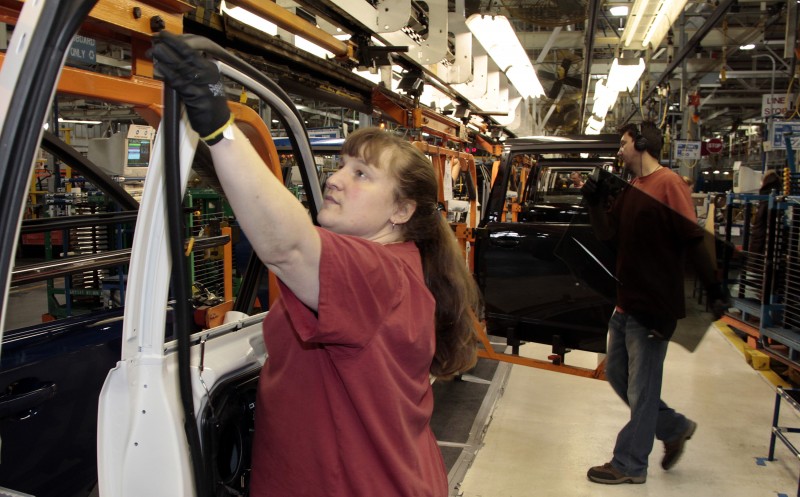 Employees install windows and insulation on the door line at our Windsor, Ont., Assembly Plant.

While our Windsor Assembly Plant is down for 14 weeks to implement improvements and reconfigure the assembly process to start production of the next generation minivan, people might wonder if there’ll be enough minivans to buy?

The clear answer is yes.

“Through the planning we did and the extra work put in by the men and women at Windsor Assembly, I am confident we will have enough minivans to meet demand during the shutdown,” said FCA Canada CEO and Head of U.S. Sales Reid Bigland. “Chrysler Town & Country and Dodge Grand Caravan led the minivan segment in 2014, selling more than a quarter million units combined. We’re not about to give up that leadership.”

Since mid-2014, the men and women at Windsor Assembly have been working 24/7, ramping up production of the Chrysler Town & Country, Dodge Grand Caravan and Ram Cargo Vans in order to meet demand.

For 2014, Windsor made 374,817 minivans, which is 47,490 vehicles or about 15% more than it made in 2013. During the ramp up in production, the plant made minivans in a wide range of popular configurations so that when you go into your dealer, you should have no issue with getting the features and options you want.

Once production starts up on May 25, the men and women in Windsor will resume making the world’s most popular minivans.